The House of František Heřman

Originally, a smaller family house by Oldřich Starý was designed in the spirit of a symmetrical layout similar to the aesthetics of the architect J. E. Koula. The simple staircase connects all the floors, including the roof, which has a sundeck with a typically nautical railing. The extension of the house also created space for a terrace connected with the bedroom balcony. 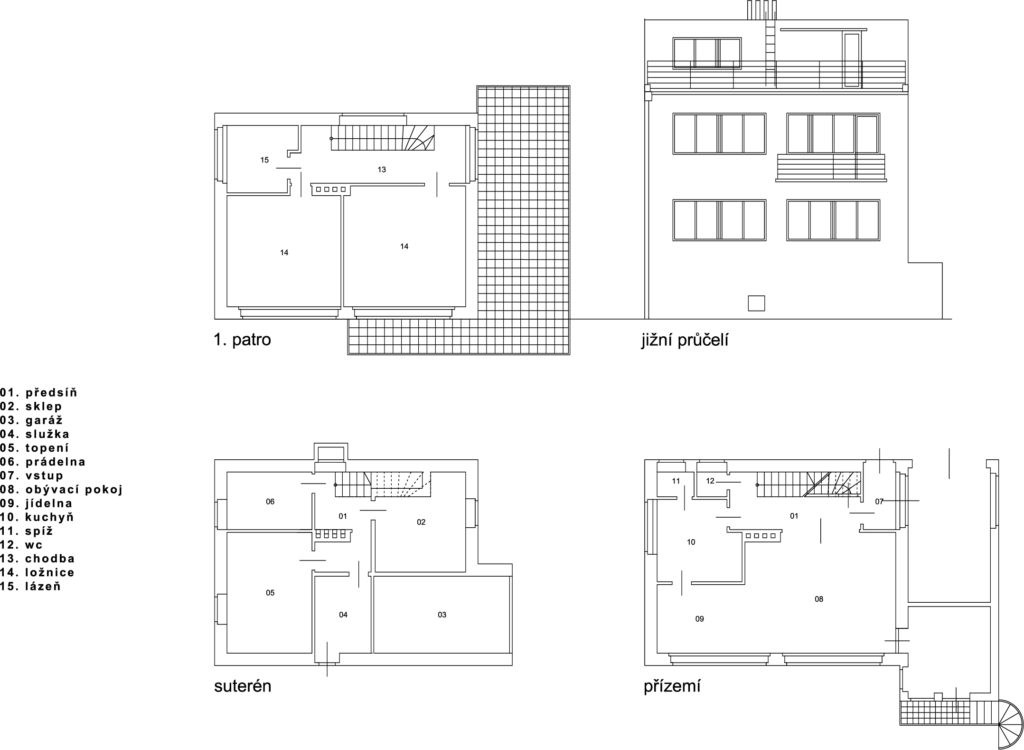 František Heřman, Colonel of the General Staff of Czechoslovakia, sold his house soon after its completion in 1933 for CZK 200,000 to a bank clerk, Josef Dvořáček, and his son František Dvořáček, a professor of the First Czechoslovak State Grammar School in Prague XII.