The House of Bohumil Čeněk

The house for Professor Bohumil Čeněk is the second construction by Ladislav Žák in Baba which was aimed at creating a standard small family house. However, he managed to create an exceptional villa with a front façade with a highly original appearance using a ship’s window. The architect was undoubtedly fascinated by Le Corbusier’s view of the house as a machine for living, which he enriched with “nautical shapes” inspired by the architect Hans Scharoun. Žák also designed an extension of the garage in the 1930s, and later, the architect Jíra expanded the sunroom with another glass-walled living space. 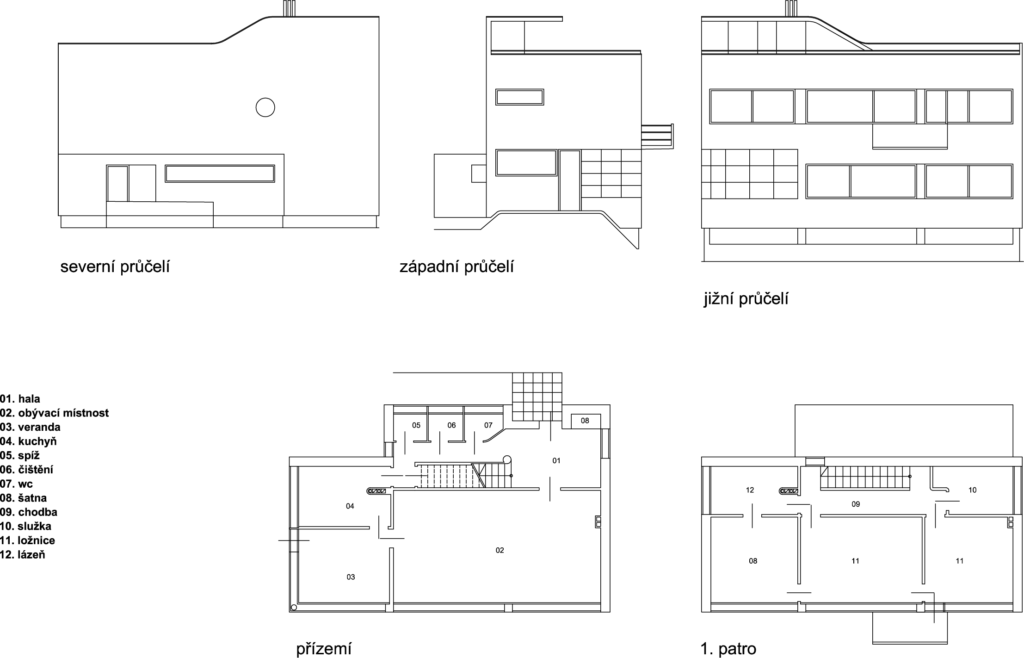 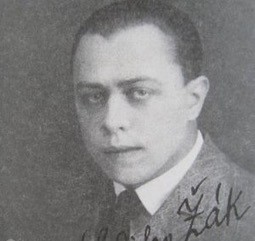 An architect, painter, interior and furniture designer, theoretician, and teacher; a student of Josef Gočár at the Prague Academy of Fine Arts. During his stay in France, Germany, and the Netherlands, he was interested in functionalist buildings, Bauhaus architecture, and Dutch rationalism. Three exceptional houses in Baba (Zaorálek, Herain, and Čeněk) marked the culmination of his functionalist work in which he applied the functionalist principles: a free floor plan, large rooms connected to outdoor sundecks, bright façades, and strip windows. His work also shows characteristics of the nautical (cabin-like) style: rounded shapes of buildings and windows. For example, he put a captain’s bridge on the roof of the Herain villa. Even his interiors and furniture displayed functionalist and purist characteristics. Following a falling-out with the builders, he focused on landscape architecture and urban planning, which he summarised in the publication Obytná krajina (1947). Under the socialist regime, he remained a lecturer at the Prague Academy of Fine Arts thanks to the architect Frágner.

reconstruction of his own residential building with small apartments, Prague-Letná

1946
memorial to the victims of WWII, Ležáky

The music theory professor Bohumil Čeněk (1869-1960) dedicated his whole life to music pedagogy and the methodology of singing. In 1939, he received the gold medal of the Czechoslovak Singers’ Community for his work.

the house in its surroundings (south façade overlooking Prague)
Čeněk House (in the middle) in its surroundings, 1932
original documentation and plans from the exhibition catalogue
We use cookies on our website to give you the most relevant experience by remembering your preferences and repeat visits. By clicking “Accept All”, you consent to the use of ALL the cookies. However, you may visit "Cookie Settings" to provide a controlled consent.
Cookie SettingsAccept All
Manage consent